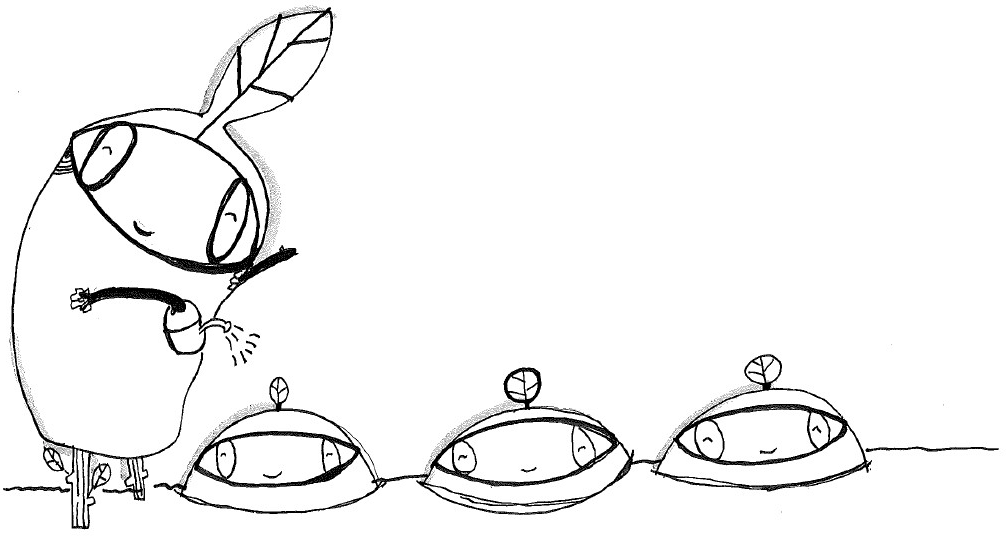 Young Friends of the Earth Europe

Our natural world is under threat and our health is declining. At the root of this deterioration is irresponsible and unfair food production in Europe and the consumerist lifestyles that many Europeans lead.

Most of the food that we eat is mass-produced and artificially treated in factory farms, where irresponsible and profit-driven practices prevail. This status-quo has considerable impacts on ourselves and future generations. It has taken too long to realise that another world is possible – a world based on respect, morality, consciousness, friendliness, helpfulness, co-operation and fairness. Young Friends of the Earth Europe envisions a food and agriculture system based on small-scale, self-sustaining settlements, balanced within the natural ecosystem which produce healthy, highly nutritional, affordable and locally distributed food. The world needs the food system to be transformed, and we as YFoEE are prepared to fight for it.

The deforestation of pastures and disappearance of important worldwide ecosystems is in part caused by deforestation practices such as ‘slash and burn farming’, whereby woods are cleared to make room for breeding and stock farming. The results include the loss of fertile land and biodiversity.

The increasing competition for the use of land, not only to produce food but also to feed livestocks, produce agrofuels and biomass, etc.., is causing the lost of fertile land and, therefore, the loss of biodiversity and the increase in price of fertile lands.

The intensive cultivation of mono-varietal crops leads to the use of more and more chemicals due to the extinction of natural predators and also interrupts the agricultural self-sustaining balance. Moreover, it leads to loss of biodiversity and traditional crop varieties, which were naturally selected and adapted over centuries to grow in a particular region’s conditions.

Organic farming comprises only 0.9% of the world’s agricultural land. Long, expensive and bureaucratic certification procedures, uncertainty, and lack of support are some of the factors behind high prices and slow growth.

Excessive use of fertilizers is required to attain the nutrient balance required for production in intensive agricultural systems. Fertilizers leak into waterways and ecosystems, leading to oxygen depletion in aquatic systems and harmful algae blooms.

Over-fishing is leading to habitat loss, destruction of aquatic ecosystems, and species extinction. Most of the fish used for commercial uses (like tuna, bass or cod) are at the top of the food chain and their scarcity brings disruption to the entire food web. EU regulations allow practices where industrial fishing trawls dump dead catch in the ocean. Equally, industrial fishing deprives local communities of their livelihoods.

Intensive agriculture is oil-dependent and unsustainable, as 10 calories of energy are needed to produce only 1 calorie of food. The agro, meat, and fishing industries are heavily dependent on oil for the production of fertilisers, pesticides, irrigation and machinery as well the required transport and greenhouse heating.

Genetically modified organisms (GMOs) are used with the intention of creating crops that are resistant to certain herbicides, so that these might be used without damage to the crop. Excessive use of herbicides has catastrophic effects on ecosystems, while GMOs pose a risk to biodiversity. Furthermore, far from ensuring food security, GMOs, with the accompanying corporate patenting of seeds, lead to an even more hierarchical and volatile food system, with small-scale producers losing out to large agro-agglomerates. The effects of GMOs on human health remain unknown.

In markets, the price of a product is determined by demand and supply. Economies of scale mean products cost less when mass produced. Hence, large companies have an advantage vis-a-vis smaller producers, and dominate the market.

The agro-industry is supported by massive subsidies, in Europe, 85% of all subsidies go to just 18% of farmers. Agricultural inputs such as fuel are also subsidized, meaning that the intensive agro-industry is further favoured above small organic farms.

Food prices do not include externalities such as the ecological cost of long-distance transportation, the depletion of ecosystems, water pollution, and treatment of waste. There is also a lack of transparency regarding what causes the large and sudden spikes in food prices.

Regulations and legislation maintain the unsustainable status-quo. The EU’s Common Agricultural Policy favours the importation of products from other continents which have cheaper production costs, and therefore can be sold cheaper than European products. Equally, European regulations on the size and shape of fruit for and vegetables, as an example, lead to massive wastage of healthy fruit and vegetables based on their appearance. Global trade rules often reduce environmental standards.

Agro-corporate lobby groups block much needed reform and actively build up barriers for small-scale farmers to enter the market.

The agro-corporate control of the seed market leads to standardisation of seeds and total control over local crop varieties and global crop diversity. Currently there are three major cereal crops in the world: corn, wheat and rice, whose seeds are mainly hybrid and genetically modified, resulting in greater local seed vulnerability.

Lack of knowledge and current consumerist lifestyles make most people go to chain supermarkets and buy food without considering their choice. As a result, a range of nutritional diseases have arisen in countries, while starvation continues in poor countries.

Standardised production is killing the traditional culture of local communities and their traditional seeds, recipes and rituals. In order to be competitive and to conform to regulations, people still lose their ancient knowledge, local culture and traditions.

The current food system has made people unaware of where their food comes from, why it tastes a certain way, what its real price is, and what damage it causes to the environment and communities around the world. It is difficult to know the origin of a product, the way it was produced and what ingredients it contains.

The Young Friends of the Earth Europe Food and Agriculture working group believe that a transition from industrial agriculture to a sustainable model is urgently needed. We need to shift from: individualism to cooperation, company dependency to self-sufficiency, business dictatorship and oppression to democracy based on consensus, institutional support of big companies to support of local process and local economies, mainstream culture to local one. There are an infinite number of ways to make this change.

We should support practices that balance the potential of the land and the production taken from it, and we must consider people as part of the ecosystem and not as competitors to it. Thus we demand:

A system based on small and diverse sustainable–settlements, lead to a fair distribution of land and help to preserve local typical crops, recipes and traditions.

Support the establishment of eco-villages, urban gardens, seed banks and transition town initiatives that highlight agriculture as a means to a self-sustaining system.

A ban on production and import of genetically modified crops and food products.

Reduce food waste by banning the discard of products bases on of the aesthetics and shape.

Increase taxes for fertilizers and pesticides so that all external costs are included, like water pollution, degradation of ecosystems, loss of biodiversity, and social costs.

The end of fish farms, that feed fish with what they would not naturally eat.

What we need are radical changes to the means of production, marketing and regulations controlling these. We disagree with global and consumerist commerce and we suggest the follow to end this situation.

Redirection of subsidies to small-scale, biodynamic and organic farms that protect the wild environment as well as biodiversity,

Buying local and seasonal, thus lower the impact of transportation and artificial cultivation.

Labelling and traceability of products is essential, so that people can make an informed decision about the food they purchase.

The world needs conscious, well-informed and involved people who consider every little gesture as a small action towards a sustainable system of food and agriculture. People are the ultimate decision makers in the food market and it is vital that people make the right choices. Therefore we would like to see:

Transformation and simplification of lifestyle where people grow their food, buy less, eat local, seasonal, organic, raw, vegan or vegetarian food and eat less fish, meat and dairy products, and start or join local farming and market initiatives and, as consequence, make them more aware of the needs of the people that produce the food so we could start to restore the social links between producers, consumers and people in general.

Access to land and countryside, enabling people to reconnect with nature and to grow their own food. A deeper understanding of where our food comes from will facilitate a transition to more sustainable food and agricultural systems.

Education about healthy food, animal welfare, benefits of eating less meat and eating local and seasonal food and how to grow, prepare and preserve food in a sustainable way should be included in educational programs for all ages.

Easier ways to access information about the problems, solutions and best practices, and also scientific studies and statistics that show detailed information about food and agriculture issues. Thus that the knowledge gap is closed and that the information is free and available in an understandable format.

Spreading out the message about a more sustainable and fair food system by informing people and raising their awareness and commit with direct and indirect actions, so that little by little and all together we can make the change.

Building a network by working together towards a more equitable and sustainable food system by the promotion of front line communities of people working together for the change we want to get.